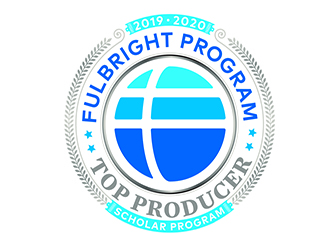 William Paterson University is proud to be included on the list of U.S. colleges and universities that produced the most 2019-2020 Fulbright U.S. Scholars. Each year the U.S. Department of State’s Bureau of Educational and Cultural Affairs (ECA) announces the top producing institutions for the Fulbright Program, the U.S. government's flagship international educational exchange program.

Using her 2019-2020 Fulbright U.S. Scholar award, Davi will conduct research on tree rings from high-altitude sites in Colombia that will contribute toward an understanding of climate variability and dynamics in the region. She will work in Colombia during spring and summer 2020, collaborating with Colombian scientists at EAFIT University’s Department of Earth Sciences and the Universidad EIA to identify research sites and then develop tree-ring chronologies using novel low-cost methods.

Freestone earned a Fulbright Scholar award to develop and test a new experimental design to study how animals learn time intervals. Freestone will be spending four months in Sao Paulo, Brazil at the Universidade Federal do ABC in the summer of 2020 to perform research and develop and teach a graduate-level cognitive science course at the host institution.

Wang, who received a Fulbright U.S. Distinguished Chair Award in the Social Sciences, will work in Beijing, China to continue his research on population policies and their implementation in China and India, as well as research on a cross-cultural comparison between the United States and China. Both of these projects are expected to result in forthcoming books. He will also host a number of public lectures and teach courses in Thesis Writing and Population Studies at Ren Min University of China.

“International education and cultural exchange has never been more important in our interconnected world, and it is an honor to know that William Paterson is a leader in this way through the Fulbright Program,” says William Paterson University Provost and Vice President for Academic Affairs Joshua Powers.

“In supporting their faculty and administrators who pursue Fulbright awards, these institutions benefit from new viewpoints from abroad and new international collaborations, which often lead to discoveries and breakthroughs that have a global impact,” says Marie Royce, Assistant Secretary of State for Educational and Cultural Affairs, of this year’s Fulbright Top Producing Institutions. “Fulbright U.S. Scholars benefit professionally throughout their career by expanding the scope and reach of their research, bringing a global perspective to their teaching, and receiving the professional recognition that comes with being named a Fulbright Scholar.”

Since its inception in 1946, the Fulbright Program has given over 390,000 passionate and accomplished students, scholars, teachers, artists, and professionals of all backgrounds and fields the opportunity to study, teach and conduct research, exchange ideas, and contribute to finding solutions to important international problems. For more information, visit eca.state.gov/fulbright.