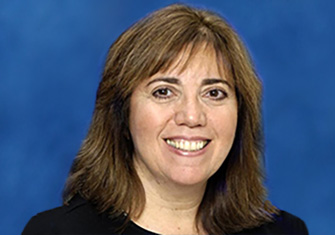 Brennan spent several years providing healthcare consulting services to various New Jersey and New York hospital systems and nursing agencies. She is also the former vice president of patient care services and chief nursing officer for Lourdes Health System in Camden, where she led the transformation of the health system into a high reliability organization. Brennan was a presenter at the 2019 World Nursing Conference in London on the topic of “Creating High Reliability Health Systems.”

Before Lourdes Health System, Brennan served as the chief nursing officer of St. Joseph’s Regional Medical Center in Paterson, where she led the regional medical center in attaining their third and fourth Magnet re-designations. She is also a past president of the Organization of Nurse Leaders of New Jersey (ONLNJ) and was the recipient of the 2008 Governor’s Award in Nursing Administration and the 2007 Nurse Executive Award from the ONLNJ.

“I am looking forward to bringing my extensive experience in health care administration to University Hospital and to becoming part of an active and engaged leadership group dedicated to helping the institution realize its full potential,” Brennan said. “Ultimately, we owe it to the people of Newark and the region to foster a quality, patient-focused care environment. Great work has been done in recent years, and I am enthusiastic about the opportunity to be part of the Hospital’s bright future.”